Especially if your repo is public. Make sure to add .env file to your .gitignore. If you accidentally push your .env file to GitHub, its contents will be permanently in the repository's history - even if you delete it afterwards

On local, there are many ways to get environment variables into your application. Refer to these popular packages for more info:

Environment variables can be set after a first deployment in an app's dashboard via the Variables tab.

Cyclic stores environment variables securely by encrypting them at rest, they are visible only to users that have permissions to the app environment.

Changes to environment variables are applied immediately to running apps without a re-deployment.

All apps are preset with the following variables:

There are two ways to set up variables: 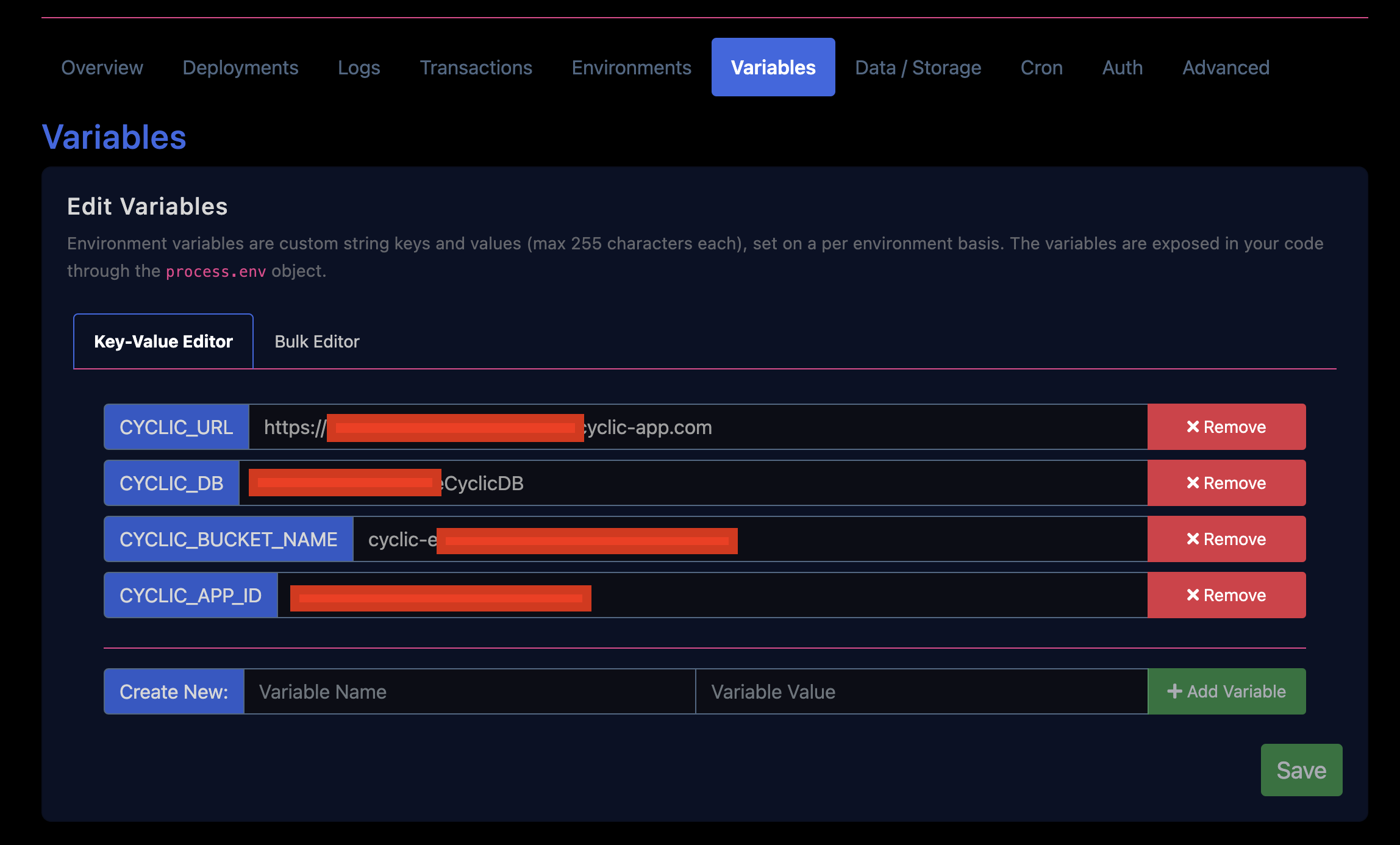 Add the variable name and value with + Add Variable, then Save

A text editor that allows you to work on multiple variables at once in a similar syntax to .env files with the exceptions:

The frontend does not have access to environment variables

Variable values often include database secrets and API keys - they should never be exposed to the frontend.

Application code on the backend has access to variables via process.env during runtime.

Environment variables that are set for the runtime are also accessible to the scripts defined in package.json

Support for variables in first deployment

Support for setting environment variables before a first deployment is coming soon.

Currently, as a workaround - consider modifying your build step to pass. This will allow you to use the app dashboard to add variables. Once added, revert your build scripts to their original state. Variables will be available for all subsequent builds.

Cyclic apps run on AWS and have pre-configured AWS credentials for access to the built-in S3 storage and DynamoDB database.

For this, Cyclic reserves the following environment variables:

If you are using resources in your own AWS account and would like you add your own credentials. Consider using alternative environment variables and setting the credentials on the SDK clients directly: