Getting Started with a RESTful API

This five-part series will show you how to build an API from the ground-up using Node's Express and AWS DynamoDB.

We'll build an API that simply reads and writes data about bikes, a perfect start for an e-commerce shop. We'll also be using Cyclic to host our API for free, including the DynamoDB storage.

But before we start with the coding, let's start with a description of what servers and APIs really are.

You can check out this project's full code on GitHub to stay up-to-date with the tutorial.

A quick refresher on server-side programming​

How servers power the Internet​ 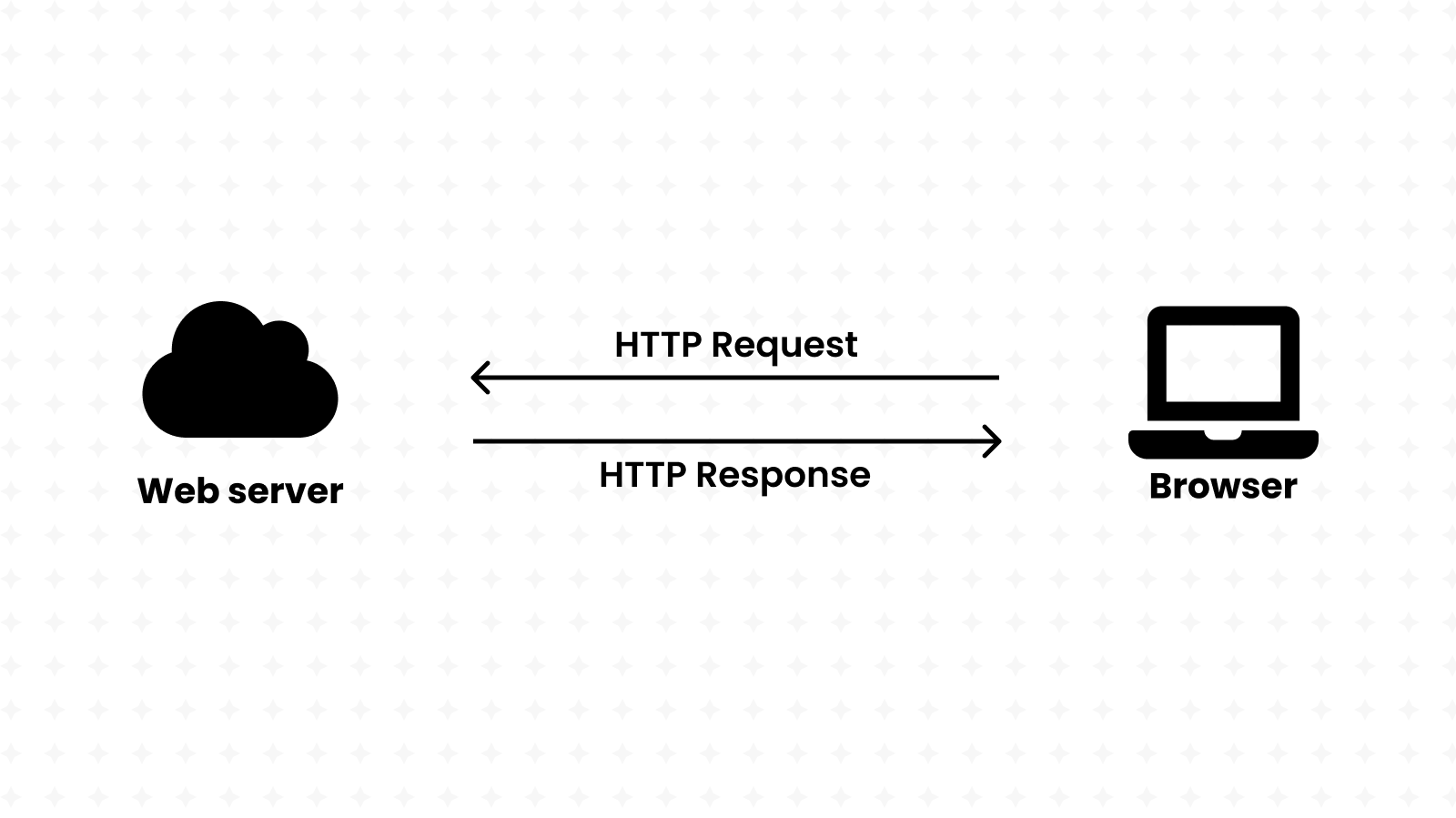 Before we delve deeper into RESTful APIs, let's start from its origins and make sure that we all agree on what a web server is.

From a hardware point-of-view, a web server is a physical computer that stores and serves data over the Internet, and that includes everything from HTML documents, CSS stylesheets, images and video files.

Furthermore, every web server must run an HTTP server. That's a piece of software that takes-in URLs and processes them to deliver content back to the end-users, while using the HTTP protocol to facilitate the sharing of information over the Internet.

And if the URL is wrong, the server will generate a response with the infamous 404 code instead.

When you search for a product, view details on it or even buy it, an HTTP request is sent to a web server.

HTTP is a web standard that allows any server to know what to expect when it receives an HTTP request:

HTTP servers proceed by processing the request, then sending an HTTP response back to the sender. The response includes a status line indicating the result of that operation. Success for example, is represented with the HTTP/1.1 200 OK code. Unavailable resources would instead respond with the HTTP/1.1 404 NOT FOUND code.

And just like any other resource, static websites are just HTML files hosted on web servers. (with a hint of CSS files, JS files and other media)

Sounds good, we just learnt that servers are the building-blocks of the Internet, and that they're responsible for storing static resources and serving them back to the users of the Internet.

But what about websites that are always changing? Think Walmart, for example. It's an online store that's constantly changing:

These kinds of websites, which may even be categorized as full-fledged applications, are usually using an API (Application Programming Interface) behind the scenes.

Instead of delivering whole HTML files, APIs only return useful information (usually in JSON format) that may be used to build a website. For instance, the Walmart API may have one URL for retrieving the list of items in display:

It may fetch this data from a database that's maintained by an entirely different department in Walmart. The sender of the HTTP request, then, can solely focus on using this information to build a website and show it to the end-user.

Web servers are critical in the creation of APIs that rely on dynamic data:

With this kind of separation, our website can use JavaScript to fetch data from our API and then use a client-side framework such as React to build the end-user interface.

Furthermore, server-side code can be written in a variety of programming languages, including but not limited to PHP, Python, Ruby, and C#. But why stray away from the same language that we already use in client-side programming?

When both the front-end and back-end sides of an application are written in the same language, developers experience less of "context shift", making it ideal for large-scale projects.

But writing your own server in Node itself isn't very practical. Many tasks such as handling different HTTP verbs (like GET and POST) for the same route aren't supported in Node by default, meaning that you'd have to reinvent the wheel by making your own web framework!

Thankfully, Node comes with its own package manager, giving us access to a plethora of community-made modules. One of those modules is Express, the most popular Node web framework. It comes with a variety of features out of the box:

Express also comes with its own bundle of community-made middleware to handle all kinds of necessities such as parsing cookies and security headers. We'll be using Express in the remainder of this tutorial. 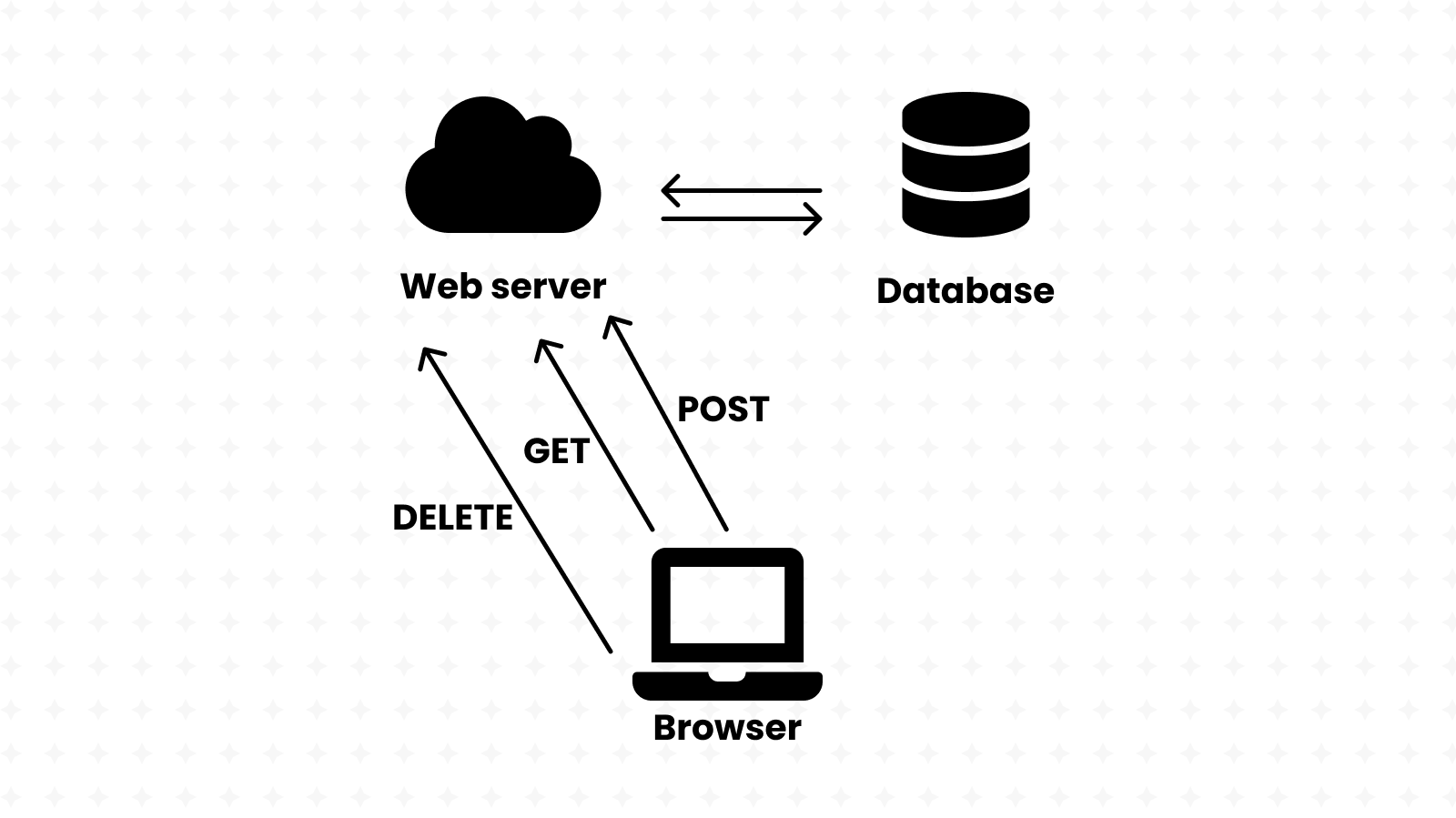 Server-side programmers have the ability to build their APIs however they want. That's the freedom that Node and Express give you:

But with all this freedom comes a problem: we want all APIs to be unified under one standard; one way of formatting routes; one way of handling HTTP verbs; and one way of sending responses.

That's where REST comes in; it stands for "Representational State Transfer" and defines a universal standard for building APIs.

REST recommends building your API around database(s), where each URL links in one way or another to one or more resources in that database.

REST calls for the use of the following HTTP verbs:

It's important that GET (also known as a "Safe method") requests do not change anything about the database.

Developers use cURL to debug their APIs, a Linux command that comes pre-installed on most modern distributions.

Let's demonstrate it on the RESTful API that we'll be making in this tutorial.

For starters, it's incredibly easy to make GET requests:

It's also more convenient to use cURL with another command-line utility called jq. After installing it on your own machine, run the following:

Then, we can add Query Strings to our request to access the API's search feature, which we'll soon build ourselves:

Uh-oh, we just got an HTTP UNAUTHORIZED error. After looking-up the meaning of HTTP status codes, we see that "UNAUTHORIZED" means that we do not have access to that particular route, yet. (and of course, we'll be building this authentication system ourselves in this article)

After looking up our API's documentation on GitHub, we learn that a "Bearer token" is required to make POST requests.

We also learn that in order to create a Bearer token, we must send a POST request to the following route. This one, however, does not require authentication.

Let's try making our request again. Bearer tokens go into the "Authorization" header of the HTTP request and must be formatted in this manner: Bearer <TOKEN>.

As you can see, cURL is pretty powerful and we'll be using it time and again throughout this guide. 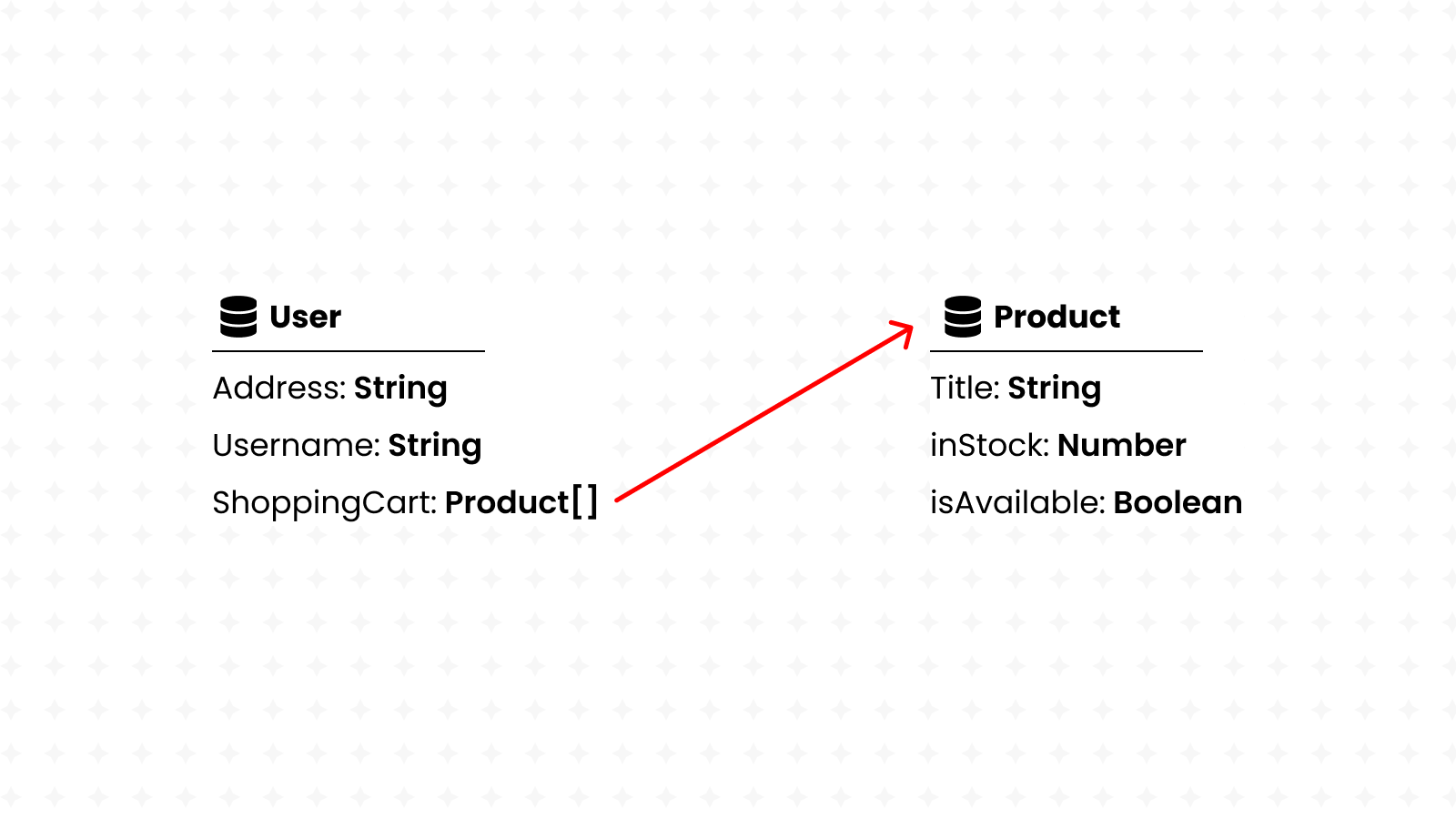 As we just learned, RESTful APIs are built around databases. But what really is a database?

Some databases require every collection to have a fixed-set of data-points. For example, a user might have a name, a phone number and an email address. That would be the constraint in a schema-enabled database. Collections might also be seen as tables in this case, with a fixed number of columns that have their own data-type. (such as text, integer, booleans, and more)

On the other hand, schema-less databases have no such limitation. Each item in a collection is a JSON document, and it can have any structure desired. Such databases are also referred to as noSQL databases, while their counterparts are known as SQL databases. A user, for example, might have the following entry in a noSQL database:

SQL is a language used for processing schema-enabled databases. It allows for the efficient searching and processing of information even on the biggest databases out there.

But with DynamoDB, a noSQL database engineered by Amazon's Web Services (AWS), you still get to enjoy almost the whole power of SQL whilst feeling the freedom that comes with schema-less databases. It's called PartiQL.

We're building a bikes shop API, so our database should contain a collection of bikes. It's a mix of Strings, Numbers and even whole Objects.

Keep reading to see how we'll be shaping our API around this database.

Getting started with a RESTful API​

and it won't hurt to take a quick refresher on ES6 JavaScript programming.

We just spent a lot of time trying to understand REST in theory, but nothing can beat learning by practice. So let's create our own API. Our theme is a bikes shop, so that's how we'll be modelling our RESTful routes.

Cyclic offers its users with a variety of starter templates, and REST APIs are included, of course. So let's begin our exciting journey by visiting Cyclic's starters and deploying the REST API.

This will fork the aforementioned starter repository to your own Github account (that you used to sign in with Cyclic).

Proceed by cloning the repository to your local machine using the git clone command, which you can copy from Github. Make sure that git is installed on your machine, of course.

We'll be using ECMA6 import and export statement in this project, so open package.json and set the project's type to "module".

Then, we'll replace all instances of require with import:

And since we're building our API around our a DynamoDB database, we need to make sure that we have read and write access to it by exporting the keys provided by Cyclic's "Data/Storage" dashboard to our local machine. (do this every time you launch the terminal)

Cyclic does this automatically for us in production-mode, however. So we don't need to worry about this task when deploying our API.

Remember when we mentioned Node's package manager (NPM) that we used to get access to Express? Well, GitHub repositories that use NPM only contain the names and versions of used packages, but not the actual packages themselves.

Whenever we clone a GitHub repository, we must run npm install to actually download those packages into our machine.

Our database is empty… let's create some mock data​ 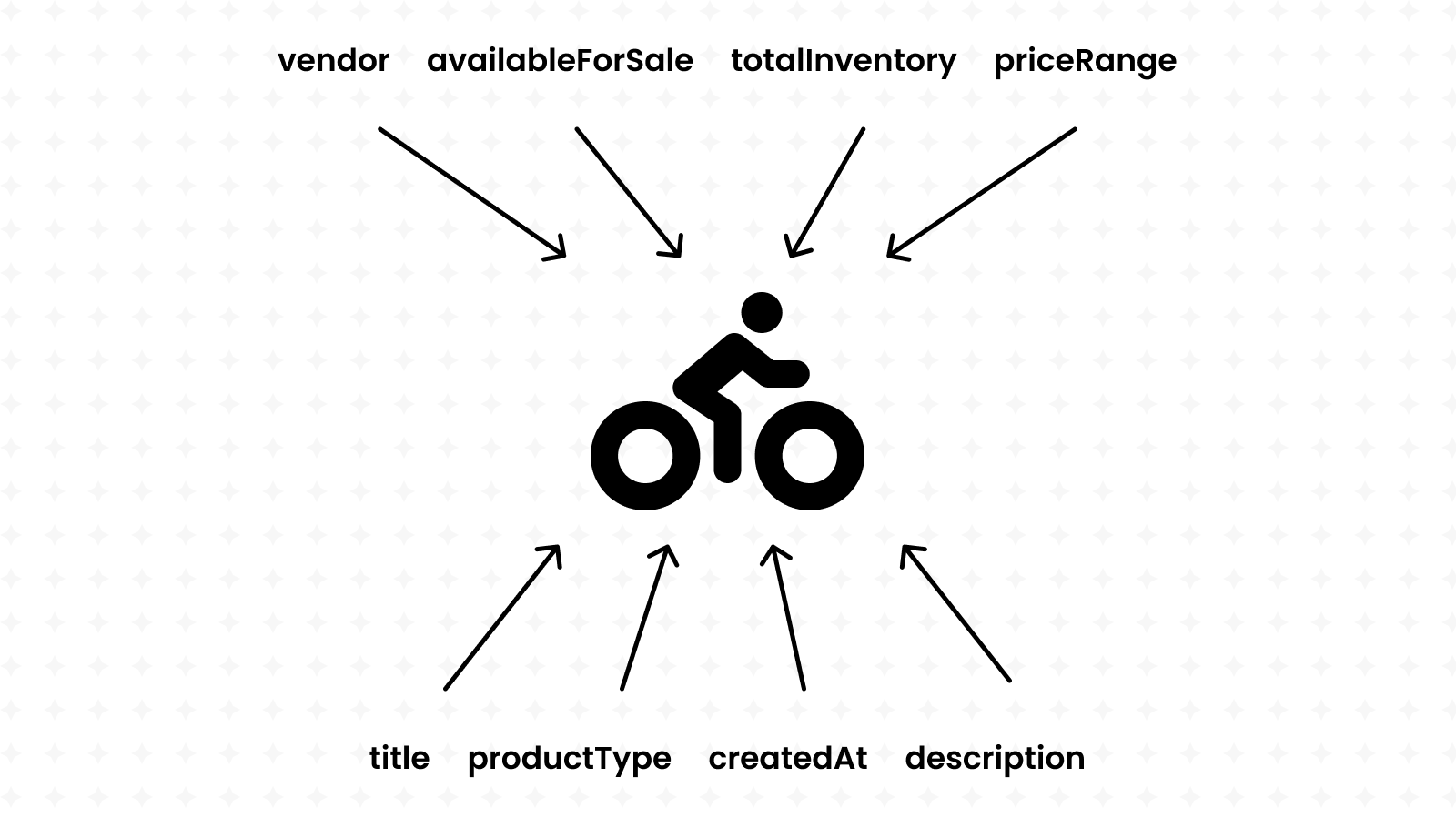 Before we get started, it's important to note that every AWS DynamoDB instance has a specific name, also known as a table name. It's given to us by Cyclic in its database dashboard page.

Let's copy that value into the .env.sample file and remove the BUCKET variable. Such a file contains environment variables that must be registered before running our server. However, it won't work until we copy it into a .env file:

The database credentials that we copied into our machine are themselves environment variables. However, we didn't copy them into our .env file since they're only temporary for our local development, and Cyclic will change them once deployed on the Internet. The table name, however, is static and won't change; it's okay to put it in the .env file.

After doing that, we can start our REST API by running npm run dev.

Let's make sure that our local server is up and running by debugging it using cURL:

Our database is currently empty, and it's not very convenient to create API routes that fetch data when… well, there's no data to fetch! That would make it nearly impossible to debug our RESTful API.

Therefore, for the purposes of this tutorial, you can run the following script that generates some mock data to fill your database. Create a new file called fill-db.js and copy the contents of this script into it:

Don't worry if you don't understand what this script is doing; we'll be going over all its intricate parts in the rest of this tutorial. Run the following commands to execute this script:

As you can see, it added 25 bike items to our database. We"ll see how to access all this data in the next section of this guide.

If you encounter an ExpiredToken error, just refresh Cyclic's page and export the new credentials.

In the next part of this series, we'll build the functionality that allows our API to fetch data from this database.